Disclaimer: Sooo, I wrote this about 3 weeks ago… then we lost internet service for a couple weeks and school started, so life went CRAZY! I’m leaving most of the post as it was originally written, but I’ll add some updates if necessary.

Phew! I am exhausted! The good kind of exhausted though. : ) I’m just so glad to have a job!

I received the call on Wednesday morning, about 9:30, about my placement in the district. Surprisingly, I actually had a choice between a couple positions! I wasn’t prepared to have a choice, so I weighed the pros and cons with the help of two trusted advisors and called back with my preference. By the time the Principal at that school called me to see if I could stop in (probably just 10 minutes later) I was already pulling into the parking lot! He laughed when I told him, “There’s work to be done!”

This was the classroom I walked into that morning. The poor teacher who had been in that room the previous year didn’t even know she’d been relocated yet, since my position was added last minute due to SPED caseloads and large classes.

Since then I’ve spent two 12 hour days (To be fair, I did have Professional Development training in the mornings each day.) and taken three car loads of school items from our basement, but I’m feeling pretty good about my progress. In fact, I’m feeling so good, I’ve given myself the weekend off! That’s saying something! (There have since been several more 12 hour days, but they’re getting to be fewer and farther between now!)

The people at my new school have been wonderful! They are all very warm and welcoming. I miss my SC peeps, but I feel like I’m in good hands.

Besides, it’s hard to ignore the divine intervention that’s occurred in all this: a new fourth grader has been enrolled in the school who is Deaf. That’s right, I’ll have a Deaf kiddo in my class! Super excited!

On Sunday Erica, Tony, and I went to the Ethnic Enrichment Festival downtown, which was incredible! None of us could believe that we’d never heard about this annual eating extravaganza! There were over 40 booths, each with food from different places around the world.

We sampled dishes from Ecuador, Israel, Vietnam, Spain, and others I can’t remember!

Most of the booths were pretty elaborate, not your typical boring tents.

Linda, they didn’t have Latvia, but this was close, right? : ) 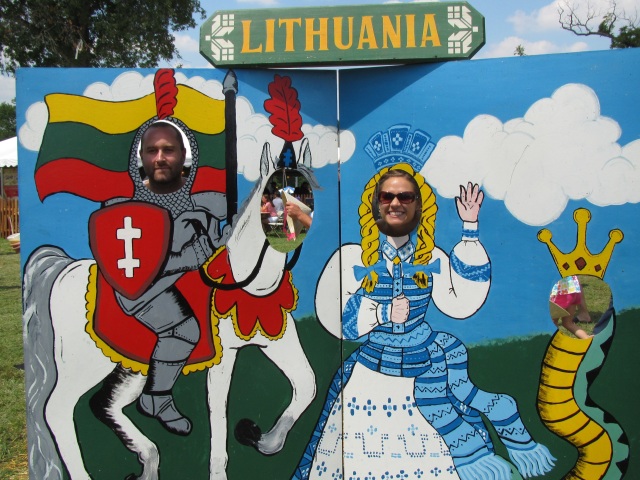 There was even some great entertainment in the park’s pavilion. While we were there a Swedish group did some dancing and talked about Swedish culture. 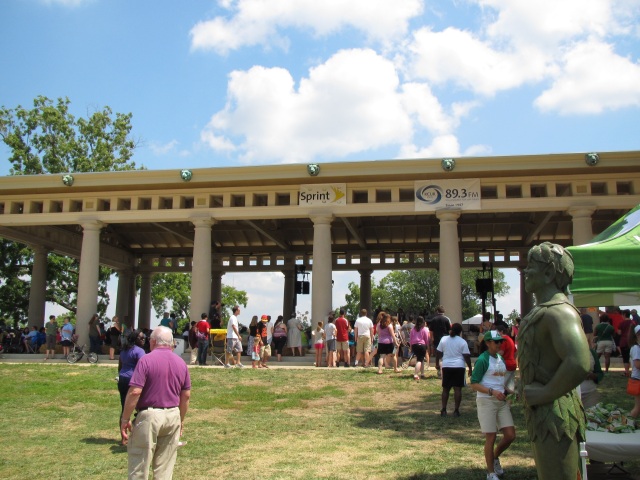 And Amy, we took this one for you! 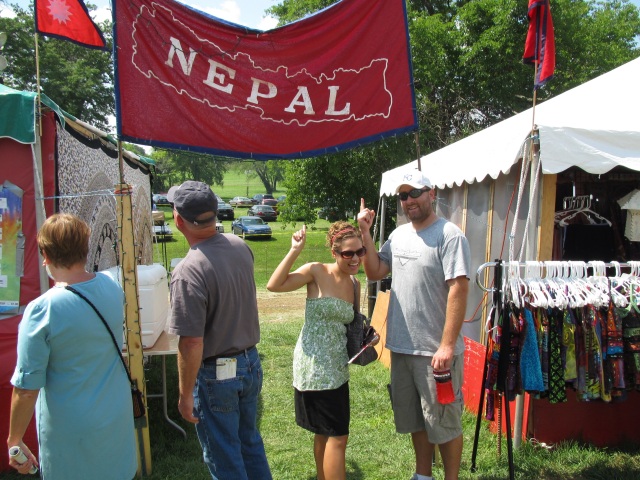 Update: School has now been in session for 3 full weeks, which is hard to believe! It’s been a challenging start, but I’m beginning to feel settled in and like I know what I’m doing. The staff at school have really helped with that. Yesterday something broke with the AC and all the classrooms were really hot. Our Principal and district staff took immediate action, and while they couldn’t fix the problem right away, they did everything they could to make us more comfortable, including bringing in big fans, buying Route 44 Cherry Limeaides for all the adults, and providing popsicles and water bottles for all the kids. Those small gestures really made a difference for all of us and greatly affected the way we handled that particular day’s stress. Plus, the kids were happy to have popsicles at school!