Time. Oh goodness, people! Someday I will have time again! Someday I won’t need to spend hours each night on the couch feeding the baby. There won’t be so many loads of diapers to wash and prep. There will be fewer loads of spit-up induced laundry to do, period. I hope! And when that day comes, I know I will desperately miss these days, no matter how exhausted I am right now!

So, there haven’t been many projects happening around our house lately, but there has been lots of snuggles and hang-out time! 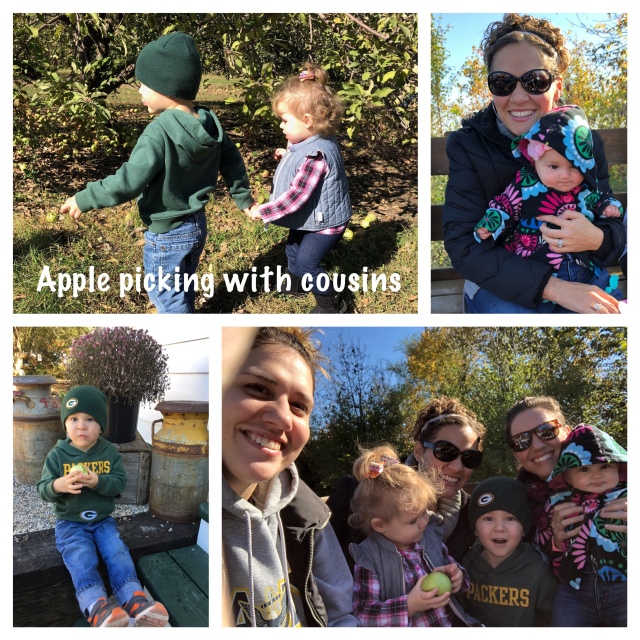 EO is now sleeping in his big boy bed full time, and he’s loving it! He cracks us up daily with all the things he says. Today he told me, “You not sad, Mommy [because I won’t hug you], you is perfect.” Gem is crawling, for goodness sakes! She’s enthralled with the world around her, and most especially, with her big bro.

Recently I did carve out time to work on the kids’ Halloween costumes. EO loves Curious George, so he’s going to be The Man in the Yellow Hat and Gem will be George. Here they both are before a party we attended a couple weeks ago. It’s no easy feat to snap a photo of these two, and I think this is the best one I got!

I found a white shirt and pants at the thrift store and used a double dose of Rit Dye to get The Man’s lemony-yellow digs. The hat was a little trickier, though. First, I fashioned an XL compass with the side of a cereal box, a screwdriver, and a Sharpie. Using the circle I drew, I cut out two circular pieces of yellow felt to make the hat’s brim. I sewed those together on the outside edge and flipped the seam inside out in an attempt to strengthen the brim flat. It didn’t work, so Tony cut me a big circle of cardboard to stuff inside.

And for those of you who think I never make mistakes, I learned the hard way that you can’t iron felt! So I got to repeat that first step… and clean my iron! Oops! 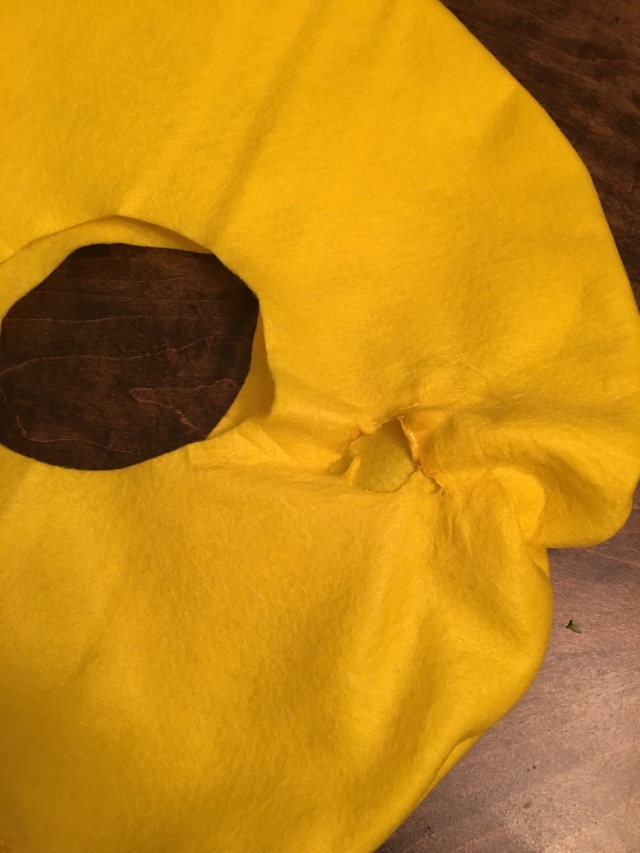 For the body of the hat I sewed a cylinder of felt and pinched it inward at the top to create the taper. It’s far from perfect, but EO was psyched when we showed it to him!

Scraps of felt for the tie and a pair of Tony’s old socks repurposed as boots complete the ensemble.

Sweet Gem’s costume was a deal on eBay. It’s basically a sleeper with ears and a tail! Way better than what I could have done myself, and warm so she’ll be ready for a cold Kansas Halloween.

This year will be EO’s first time trick-or-treating. I can’t wait to see his face when he finds out the neighbors are going to give him candy!